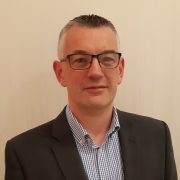 Colin has over 30 years’ experience in the construction industry, both in the UK and Internationally. Colin joined T&A in 1997 to work in Kyiv, relocated to our Manchester office in 2001, returning to Kyiv in 2008, before relocating to our London office in 2019.

Originally qualified as a quantity surveyor, Colin has gained extensive experience as a project manager, which he utilising as part of the growth of our London office services.

He has been actively involved in both private and public sector projects including nuclear, infrastructure, energy, major mixed use, office, industrial, retail and residential. Colin also has extensive experience of project monitoring, having acted for lending institutions and public bodies previously.