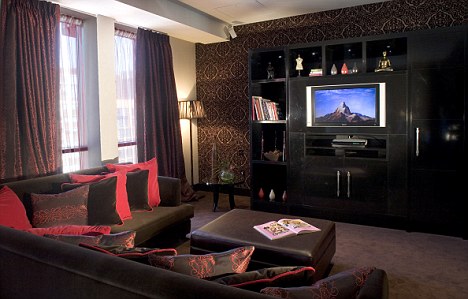 Thomas & Adamson continue their success in both the ongoing regeneration of Dundee Waterfront and also the delivery of hotels, following the handover of the new Malmaison Hotel, Dundee.

Malmaison Dundee was formally opened to the public on 10 February 2014, following an extensive renovation, remodelling and refurbishment of the existing Grade B listed building, which was originally constructed by the Mather family and opened in 1899 as the Mathers Hotel.

Thomas & Adamson provided full project and cost management and health and safety services to the present owner of the hotel, which is now leased to Malmaison.

Thomas & Adamson has continued their ongoing relationship with Malmaison Hotels with Malmaison Dundee becoming the most recent and the thirteenth hotel in the boutique hotel chains stable. Works are also now well under way on the redevelopment of the former Scores Hotel in St. Andrews. This will shortly re-open as a new luxury Hotel du Vin, part of the Malmaison Hotels group.

The completed hotel is now a spectacular addition to the chain, a first class addition to Dundee and a cornerstone for the ongoing redevelopment of Dundee city and its waterfront.

Grant Millar, Head of Hotel and Leisure at Thomas & Adamson, said: “We are delighted to have been involved in such a demanding, but successful project and to continue our relationship with Malmaison Hotels and Hotel du Vin. Transforming the derelict Mathers Hotel to provide such an outstanding and spectacular luxury hotel, whilst protecting and enhancing the building’s historic fabric, has been a real showcase project for Thomas & Adamson.”

As the United Arab Emirates continue to emerge from the shadow of the 2008 property crash, Thomas & Adamson have recently opened their second Middle East office in Dubai.

Having originally established in Abu Dhabi five years ago, the T&A success story continues to gather momentum, mirroring the resurgence seen in the Emirate’s property sector since the middle of 2012.

Les Banks, Director at Thomas & Adamson International commented, We have been considering opening in Dubai for some time as our network of clients and increased workload has expanded from our base in the Emirates capital. At the start of 2013 we identified Dubai as the most likely destination where we would expand within the GCC and put simply, we see this as a game changer.

Dubai’s recovery has been well documented and the positivity across the market place is tangible. The psychology of the region has always been one of optimism. To borrow an apposite insight from the world of sport, passed on to me at this weekend’s Dubai Desert Classic golf championship by a close friend and golf caddie to one of the pros, confidence is the key.

We see Dubai’s recovery as sustainable and that the Emirate will undoubtedly play a major role in the future prosperity of the UAE.