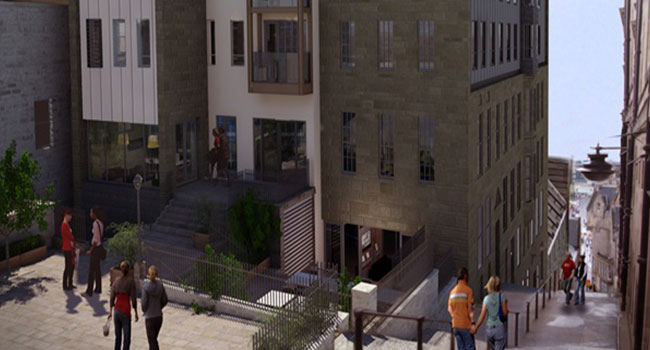 Advocates Close & Motel One, Edinburgh. This project comprised the redevelopment of derelict buildings forming the site between the Royal Mile, Market Street and Cockburn Street.  The redundant Council offices were split into two main sections; the first formed a budget Hotel (now Motel One, Market Street) and the second section will be a mixed use development comprising:

This development has been award winning throughout 2014 and 2015, including: