Supporting a good cause and picking up the spoon! 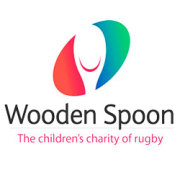 As a supporter of charity Wooden Spoon, we were delighted to sponsor and take part in the Edinburgh Golf Day hosted by the Scotland Region of Wooden Spoon, at Royal Burgess Golfing Society on Thursday 5 June.

With the sun shining, (eventually!), the comeptitive spirit of the seventeen teams was in full flow, as were “light refreshments” at the 8th hole, a great time was had by all including the T&A team being crowned the winners!

Our sporting success aside, the evening event had Gavin Hastings OBE as MC, as well as as hosting an entertaining Q&A session with Scotland and England coach Chris Paterson MBE. The wealth of support throughout the day and evening resulted in approx. Â£6,000 being raised which will be spent on local projects in Scotland.

Wooden Spoon is a national charity founded in 1983 and is not restricted to any single cause, illness or social stigma, their mission is to help combat problems faced by children and young people throughout the UK and Ireland who are challenged either physically, mentally or socially.

Since being established in 1993, the Scottish National Committee for Wooden Spoon, with its Honorary President Gavin Hastings, has raised over Â£2.6m to 65 Scottish projects.